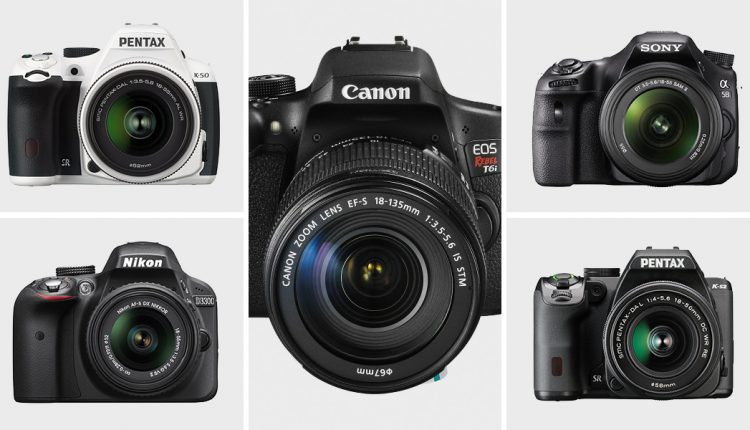 That is the question many enthusiasts (even advanced) photographers are asking, now that the starting prices of entry-level Digital SLRs are lower than ever.

Is it time to upgrade your portable digital camera and get a digital SLR (DSLR)? That’s a question many people are asking, now that the starting prices of low-end DSLRs are about the same as high-end fixed-lens digicams. Whether it’s right for you or not depends on several factors, but the market trend is at least giving consumers choices in digital photography equipment that they never had before.

The pros and cons between DSLRs and portable fixed-lens digital cameras (often called digicams) relate primarily to the trade-offs of convenience vs. quality, although the gaps are narrowing, allowing some of the feature differences to also play a role in your decision. In general, DSLR cameras will be bulkier but with better quality/flexibility, but to understand why will require a bit of background:

DSLR cameras borrow their heritage from film SLR cameras – SLR stands for Single Lens Reflex, which means that there is one lens for the camera that is used for both viewing the picture through the viewfinder, and for taking/exposing the picture itself. Viewfinders on DSLR cameras are optical, so one advantage is that what you see through the viewfinder is exactly what is coming through the lens (there is an actual mirror which reflects the light through the viewfinder, and then flips up to expose the film – in this case, the digital sensor). DSLRs typically have larger image sensors than compact digicam digital cameras, so the quality is almost always better (the bigger the sensor, the more light it can capture, resulting in a better quality picture).

However, the trade-off of having a bigger sensor is that it requires a bigger and wider lens to let in and focus the light, so in order to cover the entire range of focal lengths (all the way from wide-angle shots to telephoto shots), most people require more than one lens – as a single lens would be extremely large and heavy. In order to accommodate this, SLR cameras allow for the lenses to be exchanged, so that you can attach the appropriate lens for your shooting conditions (for example, you would often bring a number of lenses with you, and attach a wide-angle lens to take landscape shots, then remove it and attach a telephoto zoom lens to take close-up shots of wildlife or objects). While this allows for extremely good quality images (assuming that the quality of the lens is good), it can also be an inconvenience, especially when compared with a small compact fixed-lens digicam that can slip into your pocket.

There can also be a tendency to accumulate more and more lenses (sometimes called ‘lens envy’), so you can constantly upgrade your kit as your needs grow (and your budget allows – remember that you are buying into a camera ‘system’ instead of just a camera, so the total cost will almost always be higher than a digicam).

DSLR cameras also offer greater flexibility in picture-taking, partly because the camera bodies typically offer a broader range of manual controls (allowing greater control of exposure, shutter speeds, and aperture), but also because of the inherent advantages of having multiple larger lenses. This flexibility allows the photographer broader options for taking control over the photographic process – for example having an extremely shallow DOF (depth of field) that can force the background of an image out of focus – a very effective method for isolating the subject in portraits and macro photography, and a difficult effect to produce with a smaller lens and image sensor.

Fixed-lens digicams also have their benefits – not only are they more portable, but the higher-end models offer similar manual controls, and some models also include very high-quality optics/lenses, producing extremely sharp and crisp photos as a result. Also, because the light entering a digicam’s lens is continuously exposing the image sensor, the camera also has the ability to show a live preview of the photo before it’s taken (something a DSLR can’t do), and is often cited as a reason by many enthusiast digicam owners to not upgrade to a DSLR – a live preview allows the photographer to view the final image on the viewfinder the way the camera would process it, showing the final composition and exposure before the shutter is even pressed. The electronics inside a portable digicam are also optimized for more automatic picture taking – so the image adjustments are often better straight out of the camera, without the need for post-processing using graphics software (DSLR images are usually captured with more neutral settings, which allows more flexibility but requires ‘tweaking’ afterwards).

At the end of the day, the decision to buy into a DSLR system or stay with a fixed-lens digicam depends on what you want to get out of photography – DSLRs will offer higher quality and more flexibility but at the expense of convenience and portability. Once you decide what compromises you’re willing to make and what is important to you in a camera, your decision will be a lot easier – fortunately, consumers now have more of a choice, as the cost of both DSLRs and digicams is within reach.